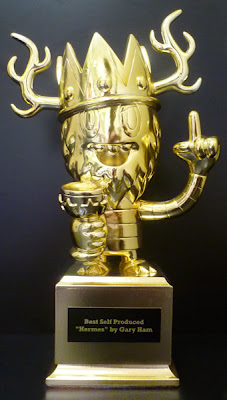 SDCC 2011 was a blast and this year the first annual Designer Toy Awards was held there. The DTA's were put together by Clutter Magazine and hosted by Munky King. The DTA's consisted of 22 categories chop full of talented artists and amazing toys. Congratulations to all of the winners and nominees. To read more about the DTA winners follow this link. 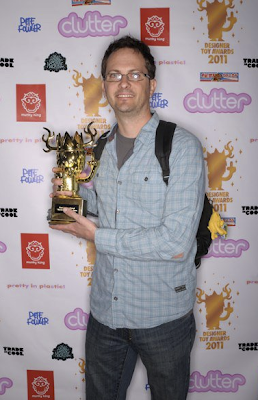 Hermees won for "Best Self Produced Toy" and it was a big honor to receive the gorgeous and surprisingly large Toy King award that was designed by Pete Fowler and Produced by Pretty in Plastic. To read more about how the award was created, Clutter put together a great article about it here. 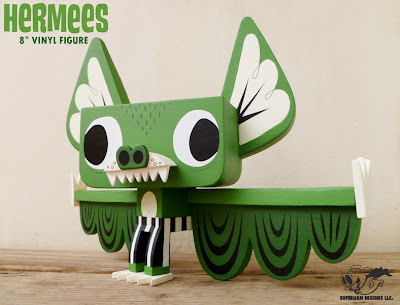 At SDCC, I also had a new green colorway of Hermees released in an Edition size of 50. There was a few remaining and are now available in my shop for purchase. 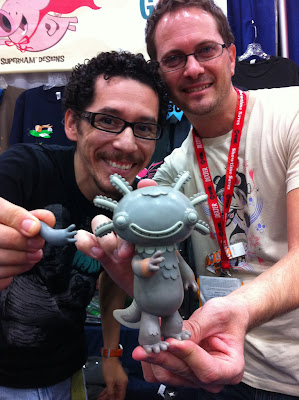 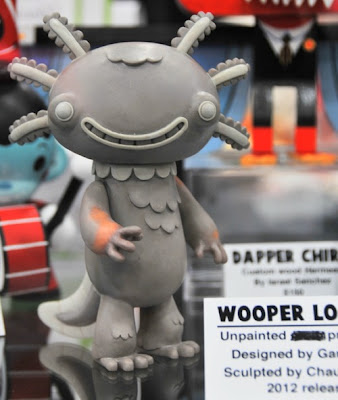 Also, and this is something I am VERY EXCITED about, a sculpted prototype of Wooper Looper was seen for the first time at the event. Wooper Looper is my next vinyl toy release and was sculpted by the amazingly talented and super cool Walter Jacott, AKA Chauskoskis. I can't say enough good things about Chauskoskis.
To see more coverage of Wooper Looper, visit these great blogs.
Spanky Stokes
Vinyl Pulse
Toysrevil
Plastic Kitty
Supahcute
Banana Suicida
Posted by GaryGepetto at 11:33 AM